It is most certainly doctors’ ignorance, lack of awareness and understanding behind the lack of prescriptions for medical marijuana despite its reclassification for medical use in November 2018?. In the UK we have serious issues with ignorance and insensitivity with some professionals in the medical field. 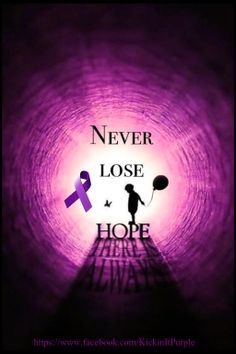 Cannabis can have a major Impact in the life’s of children living with epilepsy and this could most certainly be the answer in the treatment of children living with a rare, severe, difficult and life changing form of epilepsy, Dravet Syndrome. Research suggests that The cannabis derivative cannabidiol, was able to reduce seizure frequency by. Roughly 39% this is amazing.

However, thousands of cannabis users are extremely desperate as they feel hopeless, distressed and disheartened and they have know other opinions but to buy cannabis illegally because the NHS is not giving prescriptions for it and parents don’t want to keep watching there child in vulnerable states during seizures and afterwards it’s absolutely heartbreaking and aggravating when you are aware there is a drug that can help with all this, and there’s nothing you can do, you totally feel powerless and helpless and then there’s the pain.

The first of November 2018 was an important day for medical cannabis in UK. That day the government finally accepted the medical properties of cannabis and the drug became listed in Schedule 2 instead of Schedule 1. This meant cannabis could be prescribed for patients who needed it.

Unfortunately March 2019 arrived and not a single person had actually been given the necessary prescription from the NHS to buy medical marijuana. On top of it, a few people obtained prescriptions that have been issued via

that is not affordable for most people.

The change of cannabis status in UK has been a difficult and constant battle between politicians and many professionals who proved cannabis was a medicine in many cases. Cannabis users must feel grateful to Sajid Javid, who was home secretary of state, and Nick Hurd, minister of state at the Home Office. They were able to listen and learn from the experts and acted accordingly.

Unfortunately they did something that the cannabis users are regretting. Looking for help to regulate the cases of pain, they consulted the Royal College of Physicians (RCP) and the British Paediatric Neurology Association (BPNA) about childhood epilepsy, both organizations are well known for being very conservative and open minded.

The RCP admitted that there were not evidences enough to prescribe marijuana to treat pain. They completely ignored the evidences published by different experts such as the National Academies of Science, Engineering and Medicine, and the UK government’s own chief medical advisor too.

They ignored the data from the USA, which suggest that medical cannabis could avoid many deaths caused by opiate prescriptions. Many patients who suffer chronic pain use opiates to alleviate their suffering and, in many occasions, they take an overdose and die. So far, nobody has died from cannabis overdose. As it happened in the USA before legalization, many doctors are prescribing hydrocodone, oxycodone, morphine, methadone and fentanyl. These drugs are extremely strong opiates and the possibility of overdose it too high. How long will they continue ignoring the facts? Because it is difficult to ignore that about 1000 deaths a year could be avoided if patients were prescribed medical cannabis instead of those tremendous and addictive opiates.

It is estimated that almost half a million people in the UK are consuming cannabis without a prescription to treat their chronic pain. They are sick; not criminals, who must buy from the black market.

In the mean time and due to the public pressure, the BPNA stated that Epidiolex (isolated CBD) could be eventually treat some cases of childhood epilepsy and only after any other possibility, including surgery, has failed. They ignore that many children slightly respond to CBD and, however, they need THC to increase the ability of the cannabis CBD to treat their disorder.

Among many other evidences, we must remember a case that influenced to change the law, since then there is many.

Unfortunately, many doctors don’t know and don’t understand the abilities of cannabis. They weren’t taught at the university and ignore the endocannabinoid system in our organism. They grew up thinking marijuana was a bad drug and they aren’t able to change their minds suddenly. We must admit that a good doctor cannot prescribe something he or she doesn’t fully understand. In order to change this ridiculous situation, education and awareness is the only way we have to get results. It has been calculated that just 100 doctors who have been trained in the medical capacity and benefits of cannabis could change the current situation about medical weed and begin to prescribe it in the UK. Of course these doctors should work alongside other professionals, it’s time to change.

View all posts by Stevenconnelly